you are here: »Protecting Nature »Bogs
share this page :

A treasure: the bogs of the Harz

The bogs of the Harz have retained their originality. They are a biotope for a range of unique animals and plants

Between moss patches, you can see dark water glimmering. Some crooked gnarled trees rise from the ground. Occasionally, you can smell an earthy odour. Endangered butterflies live here, such as Manchester treble-bar (Carsia sororiata). The rare alpine emerald (Somatochlora alpestris) and northern emerald (Somatochlora arctica) dragonflies also flitter around in this very silent landscape. In some places, wooden planks guarantee a safe passage.

The bogs of the Harz could preserve almost all of their originality. Some have reached a depth of over seven metres. There were attempts to cut peat but the extraction was ultimately too difficult. In addition, the peat did not dry due to the rough climate. The bogs of the Harz are nowadays important for science and environmental protection in the whole of Europe. They developed due to the local climate: moisture and cold as well as the impenetrable ground helped to create waterlogged areas after the ice age. Bogs developed because dead plants, especially dead peat mosses (Sphagnum), did not completely decompose. 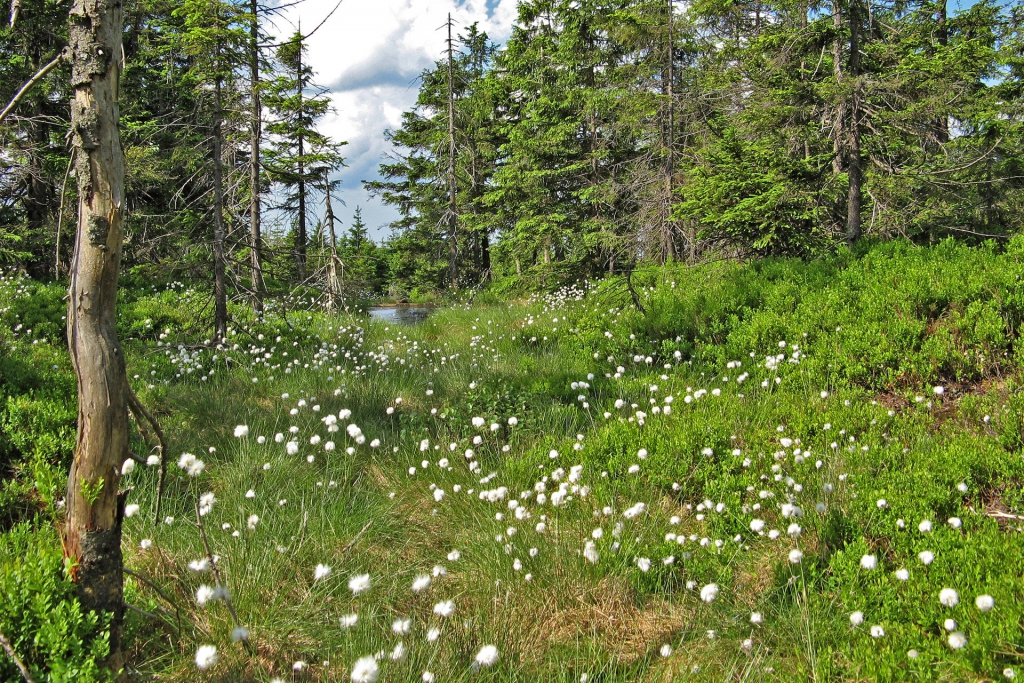 A convexly raised surface is a characteristic of a raised bog. Hare's-tail cottongrass (Eriophorum vaginatum) grows almost everywhere. The top layer of a raised bog has no connection to the mineral soil, so it is exclusively moistened by rainwater. Since it is oligotrophic, round-leaved sundew (Drosera rotundifolia) lives as an insectivore. Some dwarf shrubs can be found too, such as bilberry (Vaccinium myrtillus), black crowberry (Empetrum nigrum), cranberry (Vaccinium oxycoccos), bog bilberry (Vaccinium uliginosum) and cowberry (Vaccinium vitis-idaea). The very rare bog rosemary (Andromeda polifolia) has survived in the bogs since the last ice age. 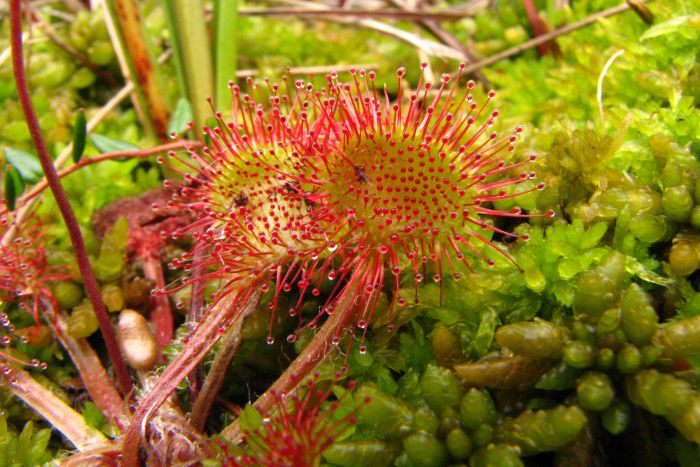 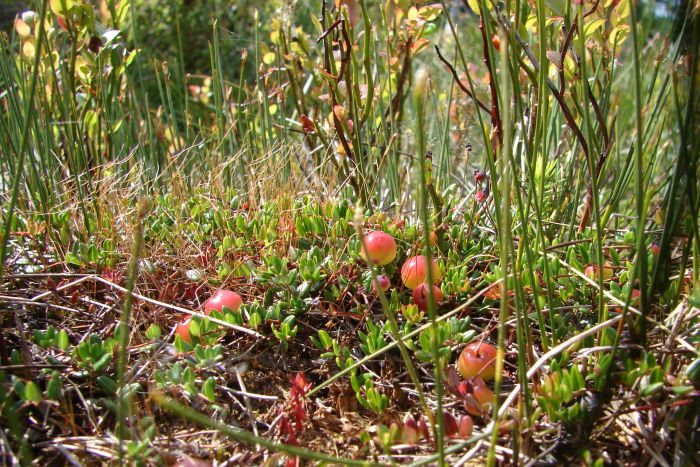 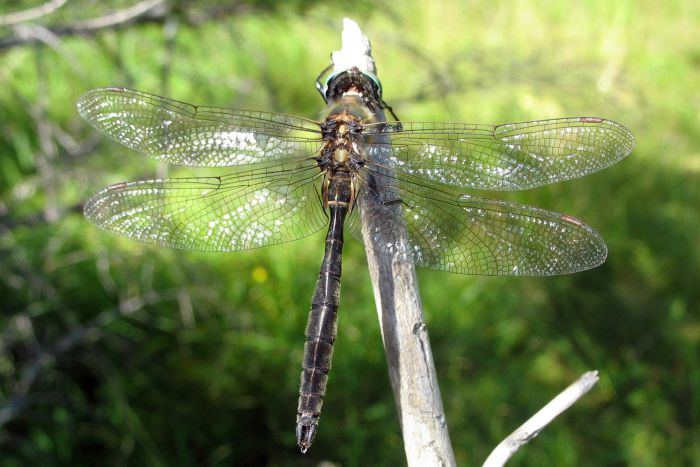